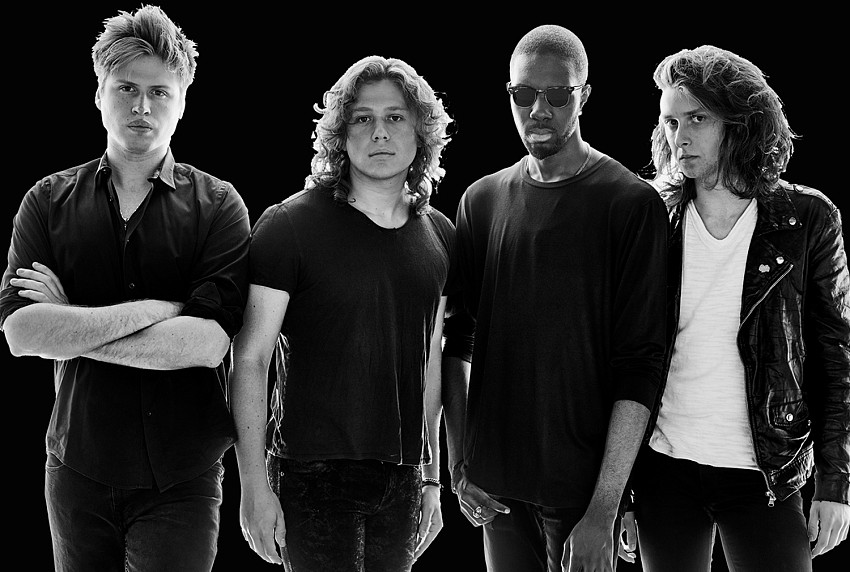 “Imagine if you could combine early Van Halen swagger with the tunefulness of the first four Foreigner albums and the style of Pyromania-era Def Leppard. A pipe dream? Meet Tempt, the youthful New York band who do exactly that.- Classic Rock Magazine Formed in New York, with an astonishingly young yet accomplished line-up, Tempt deliver the goods in magnificent fashion with electric live performances. Respected music journalist Malcolm Dome describes their first album, ‘Runaway’ as “Brilliant!”. The band recently released their first official video and they are getting an extra boost from rock legends, Def Leppard who shouted out their video cover of “Women” on their social media as an “Awesome Job” and Rock and Roll Hall Of Famer Jon Bon Jovi who invited the band to open for him at sold-out Madison Square Garden to rave reviews. Both band’s fans are embracing young Tempt’s personality and passion, breathing much-needed life into every rocker’s heart. The young band is proving that Rock and Roll is alive and well.

Tempt take compelling contemporary rock as their touchstone and foundation, but also keep one foot confidently in the past, drawing on the feel-good classic rock of the 70s and 80s. This combination of new and old gives Tempt a sound and swagger that combines the cut and thrust of modern rock with the blazing pride and passion of vintage arena rock (think Bon Jovi, Van Halen and Def Leppard); a staggering achievement in this day and age.

Their music is filled with songs that have stupendous (but not syrupy) melodies and big, beefy hooks. Crucially, all the parts are in place, including Zach Allen’s great lead vocals and Harrison Marcello’s incredible guitar playing and an engine room driven by Nick Burrows on drums and Chris Gooden on bass; all wrapped up in arrangements with enough twists and turns to not only satisfy the musically-minded, but to also reach out to those who just wanna rock. “We're not ashamed to just let things rock, to have ripping guitar solos and have amazing vocals and songs with huge hooks,” offers guitarist Harrison Marcello, by way of explanation. “We want to have people sing along and have a good time at our shows.”

“Our music is fun. We're not Neanderthals, angry at the world,” clarifies vocalist Zach Allen. “That doesn’t mean we aren’t socially or politically aware, but we are young and we are excited about life. Our music does have an edge, but that edge comes from growing up in the streets of NYC.”

In an effort to recruit as many believers as possible, Tempt will be releasing new songs as well as video content and touring extensively throughout 2019. The warning shots have been fired: either take cover, or climb on board for the thrill of a lifetime.